Majority of helicopter parents do everything for their children regardless of age, resulting in over-dependence. It is common to find mundane tasks such as making their bed or even clearing the table is done by the parents so as to avoid tiring the child. However, these actions tend to make the child lazy and unsure of doing anything without the assistance of their parents – now or in the future. Also, they may feel afraid to attempt anything new without the approval of their parents to avoid disappointing them.

Even though parents that get over involved in the life of their children do it out of love, it usually backfires when they face rejection. The main reason for the deterioration of their relationship with their parents is the constant follow-ups and inquiries on their whereabouts which make them feel like their every move is being monitored. Children that feel like they are being constantly watched often harbor ill feelings towards their parents; feelings that can develop into hate over time. In some cases, they start to pull away causing a strain on the relationship that may take years to rebuild.

Inability to express oneself

It is common to find children that have been through helicopter parenting being unable to speak up when confronted with certain situations. They are usually the quiet ones that have to be prodded to give their opinion in a group setting and still have a hard time expressing themselves. If much older, they lack confidence in getting their point across with friends or in office meetings once they begin working. The main cause of their inability to deal with life’s challenges is due to the interference of parents whenever they had to defend themselves.

The ability to analyze a problem and come up with solutions to tackle it effectively is important for children and adults. However, if they are not allowed to face problems head on and solve them, they will lack a crucial survival skill in life. Unfortunately for children with helicopter parents, this is the norm as most of them have their problems solved on their behalf – thereby denying them the chance to be analytical.

Overall, helicopter parenting does more harm than good for younger children and teenagers. It is better to give them the developmental space they need so that they can grow into better adults that are independent and confident in their abilities.

For more information about Nach Academy and how to enroll, visit our website at: https://drnachonline.com/

Qualities Of A Young Entrepreneur

How To Help Your Child Make Friends 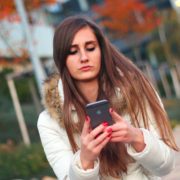 Exercise Is Good For Your Brain

How To Help Your Child Make Friends
Scroll to top